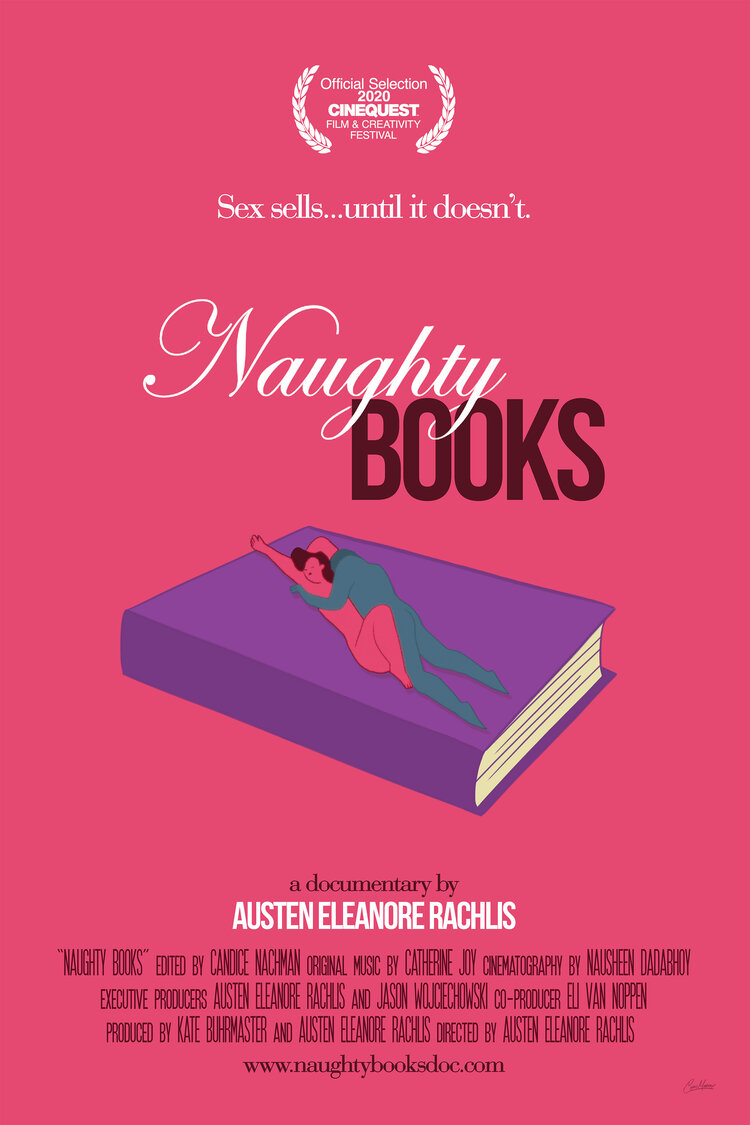 I want to thank Social Butterfly PR for the advanced screener of Naughty Books a new documentary from director Austen Elanore Rachlis.

This is a bit of a different review from me. I had an opportunity to watch a screener of this documentary. A documentary all about the ups and downs of the genre we all love.

“No one was prepared for the success of Fifty Shades of Grey. Originally written in 2010 as a piece of Twilight fan fiction and posted online, it eventually sold over 100 million copies, taking erotica mainstream. But women didn’t only read erotica in large numbers; they also wrote it. In the aftermath of Fifty Shades a cottage industry emerged around self-published romance novels. Once women who worked forty-hour-a-week jobs, living paycheck-to-paycheck, many of them are now New York Times bestselling authors with their own merchandise lines and die-hard fans. Naughty Books follows three such women: an Air Force vet, a telemarketer, and a hospital administrator who became millionaires in under a year by using pen names to sell erotica online. They garnered thousands of fans and secured lucrative book deals with major publishing houses by writing about good girls and bad boys finding love and having steamy sex. However, as more and more people saw writing erotic romance as a quick path to money and fame, the market became saturated with hundreds of romance novels published every month, making success difficult to maintain…”

A Few of My Personal Thoughts…

You Can Watch the Doc at The Link Below…

I want to thank Social Butterfly and 1091 pictures for this opportunity. Thank you for reading and supporting my blog. Stay safe!